We offer adult classes in person in  Manhattan and also online. The Dutch Adult classes focus to learn Dutch in a relaxed environment. It is fun to learn Dutch and we offer different levels. Our teachers can help you start learning Dutch from scratch, or improve your conversation skills. We customize the class in order to give you the most satisfaction. We use the method Vanzelfsprekend and Niet Vanzelfsprekend - written by one of our (former) Flemish teachers. With this program you will learn Dutch fast and even if you would miss a class, you can catch up by working on your missed lesson at home.

For detailed information about our course fees, times and locations go to the adult registration page of this website

The following information has been provided by the Nederlandse Taalunie.

Dutch, a language with 24 million speakers

Dutch is an official language in the Netherlands, Belgium, Suriname and also in Aruba, Curaçao and Sint Maarten. About 24 million people speak Dutch as a mother tongue.

The Netherlands is virtually 100% Dutch-speaking. In 1980 the cooperation between the Netherlands and Flanders in the field of the Dutch language policy was confirmed by founding the Nederlandse Taalunie - or the Dutch Language Union.

Belgium is a multilingual country, with Dutch being spoken in the northern region (Flanders), French in the south (Wallonia) and a small German-speaking area in the east. Brussels, the capital, is officially both French and Dutch-speaking. Flanders is one of the two founding partners of the Nederlandse Taalunie.

In Suriname, South America, Dutch is the sole official language and more than 60 percent of the population speak it as a mother tongue. Suriname gained its independence from the Netherlands in 1975 and has been an associate member of the Nederlandse Taalunie since 2004. The lingua franca of Suriname is Sranan Tongo.

Aruba, Curaçao and Sint Maarten, all islands in the Caribbean, are independent countries that belong to the Kingdom of the Netherlands. The islands of Bonaire, Sint Eustatius and Saba are 'special municipalities' of the Netherlands. Dutch is one of the official languages. It is the mother tongue of only a small group of the population. The lingua franca of Aruba, Bonaire and Curaçao is Papiamento, a creole language. The population of the three northern Antilles, Sint Maarten, Saba, and Sint Eustatius, is predominantly English-speaking.

Dutch speaking countries
In 1980 the Netherlands and Flanders signed the Verdrag inzake de Nederlandse Taalunie (Treaty concerning the Dutch Language Union). The Treaty stipulates that the governments will set joint policy with respect to the Dutch language. In 2004 Suriname joined as an associate member. In addition, the Nederlandse Taalunie also collaborates with Aruba, Curaçao and St Martin. The Taalunie is a unique organisation. Nowhere else in the world does such a treaty exist between countries with the same language.

Language and language tools
The Nederlandse Taalunie works in the interest of everyone using or learning Dutch. It ensures that the Dutch language is well described and that the grammar rules are easily accessible. This is a prerequisite for good education and linguistic advice.

Language advice
The Taalunie ensures that the grammar rules are easily accessible for the language user and provides reliable Taaladvies (linguistic advice) via its website Taalunieversum. A commission of language experts meets regularly to formulate answers to frequently occurring questions.

Spelling
The Taalunie is responsible for the official Dutch spelling. This is laid down in the Woordenlijst Nederlandse Taal (Dutch Language Wordlist). Every ten years the Woordenlijst is updated with new words.

Words
The Taalunie looks after Dutch words past and present. The Instituut voor de Nederlandse Lexicologie (Institute for Dutch Lexicology) in Leiden is the major partner in this. Its website contains all kinds of information on Dutch words, including pre-mediaeval words. The most important work of reference is the Woordenboek der Nederlandse Taal (The Dictionary of the Dutch Language), the largest dictionary in the world;it contains over 430,000 entries for Dutch words from 1500 to 1921.

Grammar
The official grammar of the Dutch language is set out in the Algemene Nederlandse Spraakkunst (ANS) (General Dutch Grammar), a handbook produced with the support of the Taalunie. The electronic version is available free of charge at http://ans.ruhosting.nl/e-ans

A1 Breakthrough or beginner
- Can understand and use familiar everyday expressions and very basic phrases aimed at the satisfaction of needs of a concrete type.
- Can introduce him/herself and others and can ask and answer questions about personal details such as where he/she lives, people he/she knows and things he/she has.
- Can interact in a simple way provided the other person talks slowly and clearly and is prepared to help.

A2 Way stage or elementary
- Can understand sentences and frequently used expressions related to areas of most immediate relevance (e.g. very basic personal and family information, shopping, local geography, employment).
- Can communicate in simple and routine tasks requiring a simple and direct exchange of information on familiar and routine matters.
- Can describe in simple terms aspects of his/her background, immediate environment and matters in areas of immediate need.

B1 Threshold or intermediate
- Can understand the main points of clear standard input on familiar matters regularly encountered in work, school, leisure, etc.
- Can deal with most situations likely to arise while traveling in an area where the language is spoken.
- Can produce simple connected text on topics that are familiar or of personal interest.
- Can describe experiences and events, dreams, hopes and ambitions and briefly give reasons and explanations for opinions and plans.

B2 Vantage or upper intermediate
- Can understand the main ideas of complex text on both concrete and abstract topics, including technical discussions in his/her field of specialization.
- Can interact with a degree of fluency and spontaneity that makes regular interaction with native speakers quite possible without strain for either party.
- Can produce clear, detailed text on a wide range of subjects and explain a viewpoint on a topical issue giving the advantages and disadvantages of various options.

C1 Effective operational proficiency or advanced
- Can understand a wide range of demanding, longer texts, and recognize implicit meaning.
- Can express ideas fluently and spontaneously without much obvious searching for expressions.
- Can use language flexibly and effectively for social, academic and professional purposes.
- Can produce clear, well-structured, detailed text on complex subjects, showing controlled use of organizational patterns, connectors and cohesive devices.

C2 Mastery or proficiency
- Can understand with ease virtually everything heard or read.
- Can summarize information from different spoken and written sources, reconstructing arguments and accounts in a coherent presentation.
- Can express him/herself spontaneously, very fluently and precisely, differentiating finer shades of meaning even in the most complex situations. 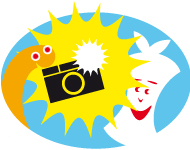